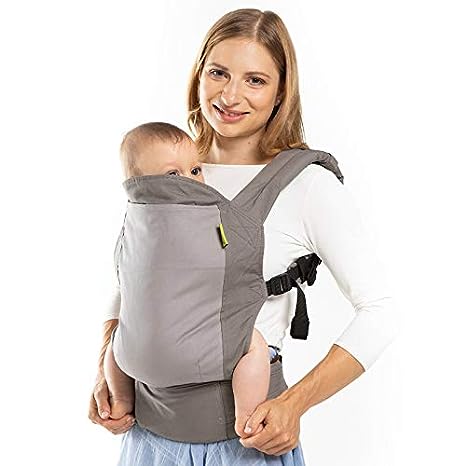 She's falling asleep faster and I can soothe her much better than in our more structured carrier. It's also really comfortable for me, and it was even after only a few wears. The hood is the same soft fabric as the carrier itself and is great for blocking light but keeping a good flow of air.

Thank you Boba X! Really comfortable for both parent and child". The fabric is phenomenal, soft, elastic just the right amount and so supporting. We can't wait to use it! Boba brings you and your babe together in a beautiful and magical way. Powered by Shopify. Menu 0. Boba Wrap.

Boba X. If he falls asleep on my back, it's easy to transfer him to the bed. He has never seemed bothered that he can't face out. It's so, so comfortable.

We go on long walks every day in it. It gets hot in the summer, but really, they all do. It depends, forwards facing seems to be the new must have, but even in the new ergonomic carriers it's not really recccommended for long periods of time.

Personally, I feel that a hip or back carry is perfectly adequate for looking around, so it wouldn't be a deal breaker for me. I can't comment on the carriers themselves but I have a SSC that allows for facing in and facing out. Facing out has always felt a bit uncomfortable and slightly awkward for my husband and I so it's not something we do often.

As for the baby, at first he was really overwhelmed by facing out. I'm pretty sure babies aren't supposed to sleep facing out and he typically would sleep in the carrier so we tried to flip him around before that would happen. Even now, as a toddler, we hardly wear him facing out he's just now big enough to back carry.


While it's nice to have the option, I think I would have been just as happy with a carrier that didn't have that option. A lot of times my son is facing in, he can still turn his head to the side and see what's going on. I personally love my Lillebaby, though I've never tried the Boba brand at all.

I've done all carrying except for hip-carry in my Lillebaby and have no complaints whatsoever! I also use a Boba Air and highly recommend both.

The Boba Air is very light weight, like. The Air folds up very small, I keep it in my backpack. And its 65 bucks. Another plus for Boba Works great. I have had both, I gave the boba away. Maybe it's just me, but I had a very tough time with the Boba once LO started trying to stand up out of the newborn seat. The Lillebaby snaps down to a narrow seat option instead of having to fuss with the little pillow in the boba similar to the rolled up blanket idea I had a really hard time with that seat and it was nice to just snap-and-go with the Lillebaby until he was big enough to sit in wide seat which took longer than I thought, somewhere around months.

We also really liked the out-facing carry. He always got so excited with it and would kick his feet and such.

On longer outings I'd often switch him in the middle - out facing is exciting and could prolong his attention span, whereas inside facing let him rest and maybe take a nap. I do think the Lillebaby is somewhat but not drastically cooler. The Boba is softer and lighter though.

We have both. When my kiddo was younger starting 6 months she loved to face out in the Lillebaby. I found it to be a really comfortable carrier, and it was good in the heat, which we have a lot of here in TX. Unfortunately, few months later kiddo got too tall for it, so we switched. The Boba is very comfortable too, but doesn't have the lumbar support, which I miss. But kiddo fits in it much better more of her back is supported and she doesnt seem to miss facing out she loves back carries especially.

It's easier to handle than the Lillebaby, too - I never mastered the side carry on that carrier.